Tracking the Terrain of Indian Art 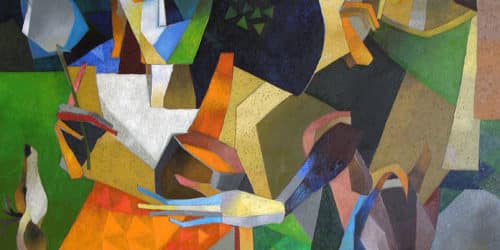 Tracking the Terrain of Indian Art

If you look closely at the footprints of Indian art, you will sense a big transition in artist’s perception and response to reality. From the traditional Indian art, where artists used to be more focused on subject matters whirling around societal, we are here, the age where artists have realized that the only restriction to their work is their own imagination. Contemporary form signifies the art of our times. 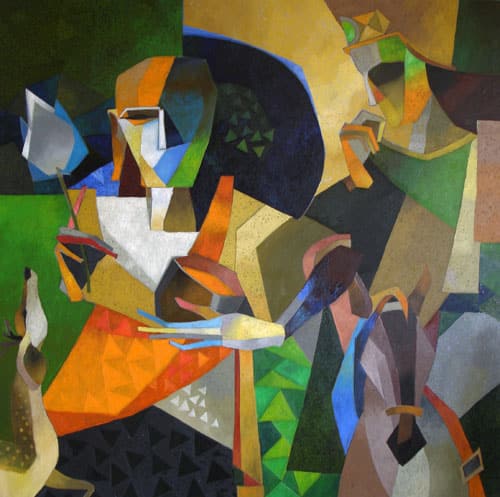 The entire journey of Indian art in the last 100 years is a roller coaster, where artists’ predication became modernist, nationalist, socially reactive, vehemently abstract, daringly global, or ferociously centric on India. Obviously, all these perceptions were interconnected with each other and they represent the depth of diversity that Indian art has attained during the last century.

So, today, we are going to take a walk through the transformational voyage of Indian art. Let’s begin:

This is the epoch of early and mid-1900s, where the main focus of artists was on three major elements:

The inquest of the west and the restoration of the cultural status of India that was suppressed during the colonial rule of the British was fumed from the nationalist movements that were on the rise in the early 1900s. Indian artists in this time-frame completely shunned the idea of romanticising India that was brought in by art legend Raja Ravi Varma and his adherent.

This gave birth to the Bengal School of Art, an art movement that began in the early 20th century and was spread through the city of Kolkata and Shantiniketan. This movement was a game changer artists, as traditional Indian art chained the paintings and artworks with the idea of religion and elites. The mediums utilised to create artworks in this time epoch were tempera, ink, watercolour, and Japanese wash technique. Oil paintings originated from the West, so the oil medium was completely thrown off.

Finally, in the year 1947, India won its independence from the clutches of the British empires. The immediate time after independence was quite slow for every sector but art. As soon as freedom was attained, Indian art sector boomed. It was like Indian art was suffocating in an enclosed box and suddenly that box was unlocked.

Six of the (now veteran) renowned artists named as F. N. Souza, S. H. Raza, M. F. Husain, K. H. Ara, H. A. Gade, and S. K. Bakre formed the well-known Bombay Progressive Artists’ Group. All the founders emphasised mainly on the idea of freeing Indian art from the western influence and develop their own identity through creativity and limitless imagination. Though the group was dissolved later in the year 1956, it prefigured the tone of Indian artists in our times.

This is the time of loud music, vivacious colours, bold themes, rare ideas, defiant thinking, and intense perceptions. This is our time. The contemporary form of art is here and it can never be too exciting, for the doors of visual imagination that this particular style of art has opened for us is just blissful. Not to forget, we reached this stage because of what happened in the last 100 years or so.

Artists are not subjected to any restrictions and art can never be so surreal and baffling at the same time. The fusion of different art genres and the hidden meaning in the artworks have pushed Indian traditional art out of the picture completely.

Indian art has travelled a long road converging and diverging from a mix of diverse ideas and beliefs. The road was subtle and fuzzy all along but what comes out of it is simply extraordinary. And mind you, Indian art is still on its evolutionary voyage. Let’s see what more is awaiting for Indian art. Thanks!