It is one of the most sacred and inspiring pilgrimage places in India. The city witnesses thousands of devotees every year. The religiousness and faith are complemented by the geographical shape of this land that looks like the symbol “Om.”

In the state of Madhya Pradesh, there is the huge significance of Omakreshewar from religious as well as tourism of point of views. It is one of the most sacred and inspiring pilgrimage places in India. The city witnesses thousands of devotees every year. The religiousness and faith are complemented by the geographical shape of this land that looks like the symbol “Om.” This symbol is of high importance in the Hindu belief.  There are some important temples for the followers of Shaivism, and hence the place is flooded with pilgrims almost all the months of the year. Here are some temples that one must visit while being on tour here.

Best tourist spots in Omkareshwar are:

The Omkareshwar Temple is the holiest shrines in the whole of the country. The OmkarMandhata or Omkareshwar temple is one of the twelve revered Jyotirlingas in India. This magnificent temple is located at the meeting point of the rivers Kaveri and Narmada. Apart from its religious importance, the temple is a stunning architectural masterpiece.

The Kedareshwar Temple was built in the 11th century. This temple is one of the eminent shrines in India. The religious significance of this place attracts the tourist and devotees from the whole world.

The Siddhanath Temple is located in the vicinity of the OmkarMandhata Temple. This temple was built in the 13th century. The temple is an example of high skilled architecture.  The whole temple is very picturesque and highly popular amongst the devotees.

The Sri GovindaBhagvaatapada is considered very religious by the Hindus. This cave has a small hall with the statue of shivlingam. According to the Hindu mythology, this shivlangam was here when Shankaracharya met the saint GovindBhagwatpad. He took the spiritual education from him. It is also believed that Shankaracharya saved the town from a massive blood by forcing the water in a small bowl. He said this to save his guru as he emerged into a “Samadhi” in the cave.

Located in Omkareshwar, 24 avatars is a group of Jain and Hindu temples. These temples are renowned for the unique architectural style. In the 11th century AD, a Muslim ruler attacked this place and demolished many temples in the area.  There were many temples here out of which the 24 Avatars are still standing.

The Fanaseghat in Omkareshwar is a bathing ghat of the river Narmada. Every day, thousands of pilgrims can be seen bathing and dipping in the river and meditating. On many festivals like Holi, Diwali, and Purnima the number of people swells. This ghat is open until 9 pm on all days except Monday, Thursday, and Saturday. 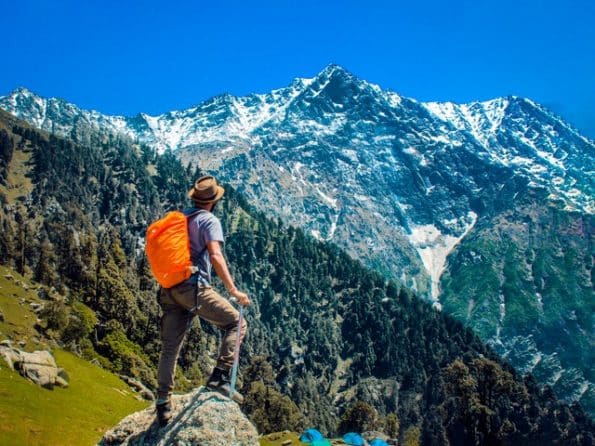