The Internet: To Regulate or Not

…a lack of regulation means that children are exposed to offensive and hateful images and videos, violent and X-rated videos and images, and child predators who lure children online… 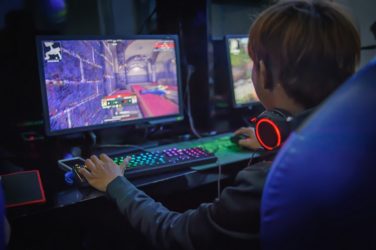 The Internet: To Regulate or Not

I once saw a video on YouTube of a 5-year-old American kid opening up an internet browser to access a gaming website. There is no doubt that, in modern day, the internet is accessible to all, regardless of age, gender, or country of residence; there are some exceptions to this of course e.g. North Korea. The ease of internet accessibility today is especially evident in the fact that children as young as five are able to freely access the internet to play games, use social media, and more. Combined with the ease of access to the internet is the lack of any real regulation of internet use. For some time now, there has been a debate around the regulation of the internet. Those against its regulation are concerned about the invasion of privacy and infringement of one’s individual rights and freedom. They believe that everyone should have equal right to access the internet as freely and as regularly as they wish, and no one should be able to govern what they access or how often they access the internet. On the other hand, supporters of its regulation believe that the potential harmful effects that lack of regulation can have on the behaviour and mentality of a developing child necessitate its regulation.

As a supporter myself, I believe that the internet should be regulated because a lack of regulation means that children are exposed to offensive and hateful images and videos, violent and X-rated videos and images, and child predators who lure children online, all of which can have negative and harmful effects on children as they grow older.

The internet contains a lot of false information, many of which tend to be offensive and biased. For example, I once saw a video of an anti-Islam protester who went to a local halal butcher’s shop to confront the owner of the shop, claiming that the revenue from halal shops in that country are given to Isis as funding. This is not only a false assumption and mis-information but an over-generalization as well. Unfortunately, there are scores of this type of false and biased information all over the internet. Even some adults find it hard to distinguish fake information (usually news or other related media) off the internet from real information, so imagine how much harder it is for children to make the distinction. Children are usually not only naïve but quite trusting as well and as such, they are likely to believe most of the information that they obtain from the internet. When children acquire false information off of the internet, the result can be harmful. This is because false information about a group of people or a particular person or a religion can lead children to have preconceived notions and/ or stereotypes about that group of people or that person or a particular religion.

As implied in the paragraph above, when children are quite young their brains are still developing and as such, they are very easily influenced. Internet gaming which usually has violent and offensive themes or characters is one thing that can easily and highly influence children, not only in childhood but in adulthood as well. Violent internet games can cause children to develop aggressive behaviour which can be carried over into adulthood. To expand on this further, most children, especially when they are quite young, are still understanding and learning how to cope with their emotions and particularly, their anger. Violent internet games can teach them to express their anger through violent and aggressive behaviour which can be very detrimental to them in the long run.
In modern day where, all over the internet, there are images of half-naked female “Instagram models,” other social-media models, actresses, and even porn-stars, there is no doubt that we live in a society where women are over or hyper-sexualized. This hyper-sexualization of women is highly exhibited and emphasized on the internet. Since the internet is freely accessible to children (in most countries anyway), children too have access to the hyper-sexualized images and depictions of women all over the internet. This can teach male children especially to think of women as sexual objects, which can then affect their attitude and behaviour towards women when they become adults.

In conclusion, there is a simple solution to put an end to the debate around the regulation of the internet, a solution that takes into account both sides of the coin – regulating the internet in a manner that also respects and takes into account the right of the individual. And some might wonder how exactly the government or the regulating body can go about this. One possible way to go about this is to ensure that in all households with individuals who are under 18 years old, the internet providers must make sure that certain websites e.g. porn websites, terrorist-related websites, extremely violent gaming websites and websites of a similar nature are inaccessible. However, most other websites which include, family-friendly social-media sites and non-violent gaming websites, would be accessible in these households, at least to an extent.