The Beginning Of Universe

How did this beautiful and yet mysterious universe of our started? Was did we come from? Was there a creator? We may not know the exact answers to these questions but we have made a remarkable progress in understanding the universe.

The Beginning Of Universe 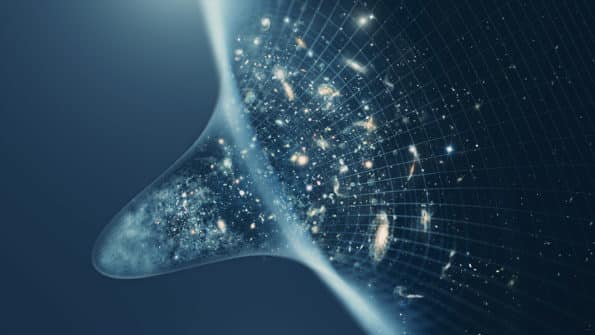 Hamlet once said “I could be bounded in a nutshell, and count myself a king of indefinite space.” I think what he meant was that although we humans are physically limited, but our minds and imaginations are free to explore the whole universe. So, now the questions comes in our mind, Is the universe infinite? Did it had any beginning? Was there a creator? Why are we here? Where did we come from? We may not know the exact answers to these questions but we have made a remarkable progress in understanding the cosmos. I think we may not be far away from finding those answers.

According to the Newton, time was an absolute unit. That means time of the Earth would be the time of the universe. But in 1915, Einstein’s general theory of relativity, contradict to the Newton’s theory, proved that time and space are not absolute but relative. They were shaped by the matter and energy in the universe. They were defined within the universe, which made it clear that there was no time before the universe began. This also gave us the clue that there was the beginning. In 1920s, Edwin Hubble made a remarkable discovery about the expansion of the universe by the analysis of the light from the other galaxies. It was the total surprise for everyone and it completely changed the discussion on the origin of the universe. This expansion of the universe gave the idea that if galaxies are moving apart, they must have been close together in the past. And from the present expanding rate, we can estimate that they must have been close together about 10 to 15 billion years ago.

Roger Penrose and Stephen Hawking with their theorems showed that the universe must have a beginning. And with their research about the origin of the universe they indicated that it all began in a small point called The Big Bang. A small moment in time responsible for the origin of the space and time. The secrets of our past, our present and our future are locked inside this one moment in time. But again there comes the questions in our mind that if there was a bang, than why it banged why it banged, and what was there before the bang. And to get all these answers, engineers have built a largest machine in the world of science named Large Hydron Collider (LHC) at CERN in Geneva, Switzerland. The objective of the machine is to re-create the conditions millionth of the second after the big bang. After testing the machine successfully, we would be able to know what could have possibly happened fractions of the second after the big bang and what were the situations which made it possible to create the whole universe? And we are not much far away from the time when we would get to know all the secrets of the universe.

But the universe in the past was small and dense and so it is quite like the nutshell. Yet this nut encodes everything that happens in real time. So Hamlet was quite right. We could be bounded in a nutshell and count ourselves kings of infinite space.