Is Love an Auxiliary Construction to Escape Suffering?

In order to identify that a person is happy, one can associate the signs of happiness such as laughter, to deduce this assertion. Conclusively, happiness is an elusive thing for many people and it only comes after a certain need has been satisfied. 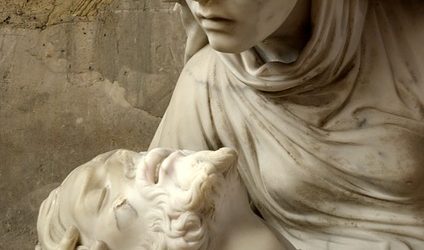 Is Love an Auxiliary Construction to Escape Suffering?

For centuries, philosophers have tried to understand the complexities and ironies of life. Some have argued that people’s actions are completely out of their own volition, yet some have provided proof that shows human actions may not be their own choices. Some have also posited that love is a necessary emotion for human beings. Necessary is used in this context to mean that human beings need love to perform certain functions in their lives. Otherwise, it is not a natural human characteristic when compared to the pleasure principle. Even in today’s world, we can observe the pleasure principle taking charge in moral decisions. Putting aside metaphysical, ethical standards, human beings are prone to doing whatever satisfies them in one way or another. The more complex matter in this occurrence is that human beings do not always know what makes them happy, or if they are even truly happy in the first place. Their pursuit of love and happiness always seems to be a form of escape from the harsh realities of suffering and pain that exist in life. Some philosophers have found that humans are prone to forming auxiliary constructions in a bid to escape suffering. This raises the question; is love an auxiliary construction to escape suffering?

Perhaps an explanation that makes sense why love would be associated with happiness, so much is the pleasure principle. People often feel happy if they satisfy a need they have but they get extremely frustrated if their needs are not met. To love somebody and to be loved back is an example of a need being fulfilled. However, once the other person stops loving you back, you become unhappy. Moreover,

The arguments for and against free will, have taken a turn to become an argument about the existence of God. Theists posit that God is love and all that he does is out of love. They emphasize that God’s goodness is his nature and it drives his thinking, and actions. Nevertheless, the existence of evil in the world has made atheists argue that there can be no God in such a broken world.

Some arguments have gone as far as putting God in a position where any action to stop evil; or not to do anything about evil, makes him evil. Say God makes human beings choose to do only good, he will have broken the law of free will that demands that a person wills to do what he wants and be able to do it. Nevertheless, should God let people continue in their wickedness, will he have neglected his creation to that end? However, the position of some philosophers that people need to will their free will to let God make his own changes to their hearts also raises some questions. The fact that the human heart is consistently inclined to do evil makes this an almost impossible thing to do.